How to use different kinds of salts available in the market

Not many of us know that there is more to salt than just the ones we use for cooking and seasoning. Salt, as a staple ingredient in all our foods, comes with its own share of complexities that one needs to be aware of rather than just scouring for the salt price in India today. Here is a small guide on the different kinds of salts available in the Indian market and the ways in which you can use them.

The wide range of salts usually falls into two broad or generic categories:

It, therefore, is wise to look into each kind of salt in detail, making sure you understand where it comes from and what it is used for before buying it. This would enable you to use the salt for the original purpose that it is intended for.

Different Kinds of Salts in the Indian Market

Let’s have a look at some of the salts available in the Indian market today.

This is the basic salt we are used to seeing and using on a daily basis. It is nothing but NaCl and is bitter and blander than other salts out there owing to the purification process. It is available in iodized and non-iodized forms and can be used for cooking. You can never go wrong with table salt, which is considered as the staple for all major Indian recipes, so much so that you can safely purchase it in bulk from trusted and reputable iodized salt manufacturers in India.

Usually used as a finishing salt, Kosher salt is big and flaky. It is also smoother, cleaner and saltier when compared to other salts out there owing to the unique shape of the grains. Based on the rate of salt in India, you can use Kosher salt for everything from garnishes to meals, providing you cut down on the amount added owing to the extra saltiness.

Sea salt finds its origins in the sea and contains more nutritive minerals than other kinds of salts and is also available in many varieties. For instance, sea salt is available as grain sea salt and flaky sea salt. While the former is used for cooking, the latter is used mainly as a finisher. Next comes the question of where to buy sea salt in India. A rather important question considering the fact that there are tons of differences in the salt obtained from different seas, including French, Welsh, Italian, Red and Black Hawaiian. Most of these salts are usually used as finishers.

This type of salt is moist and is available in a caked or slush-like consistency. Considered by many as a special variety of salt, these coarse grains of salt are usually used as finishers, although you can grind them up to form a coarse powder to be used in cooking. Since the retrieval and collection methods for this kind of salt are complex and difficult (in most cases, they are retrieved via traditional Celtic methods utilizing traditional Celtic tools), grey salt is more expensive than the other kinds of salt available in the market. At best, if you are looking to buy grey salt, you can choose to buy it from a reputable trader who offers the best salt wholesale price in India.

The market is flooded with different kinds of branded salts carrying different names and celebrity endorsements as to what they contain and why they are considered so special. Some of the common brands found in the Indian market include: 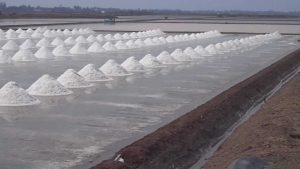 Himalayan Pink: Finding its origin in the ancient sea salt deposits in neighbouring Pakistan, Himalayan Pink salt is commonly used as a finisher to garnish foods.

Kala Namak: This variety of branded salt comes in a pale pink colour and has a pungent odour. Also called as Black salt, Kala Namak is traditional Himalayan salt packed inside a jar, along with herbs, bark, charcoal and seed. It is then placed in a furnace for a full day, cooled and then stored away for ageing. The entire process results in the salt getting a tainted reddish-black colour.

It is commonly used in cooking and works well with dishes, which have eggs in them. It is also commonly used as a finisher in traditional drinks (Lassi) in India. In addition, Kala Namak is widely used in several Ayurvedic practices in India.

Fleur de sel: This is one of the first name brand salts to hit the market. It is nothing but grey salt, with the salt grains being scraped off carefully from the surface of pools with grey salt deposits. This is done so as to retrieve the salt grains while leaving the contaminants behind. Fleur de sel can be used for cooking, as well as finishing, although it is more expensive than other name brand salts.

Black Diamond: As the name suggests, this variety of name brand salts is black in colour, thanks to the activated charcoal it is mixed with. Commonly used as a detox agent, black diamond is also used to provide a visibly refreshing touch to dishes. 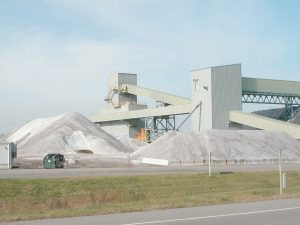 Usually used for brining or pickling, pickling salt does not contain the trace minerals found in sea salt. It is also devoid of iodine and anti-caking agents owing to which the preserved food remains fresh and edible for a longer period (these agents usually cause the preserved food to become discoloured over a period of time).

There is definitely more to salt than meets the eye. With so many interesting varieties, combinations and uses, salt is definitely a product that is worth researching about. The more you choose to experiment, the more surprised you tend to get with its complexities. So take the time to study about the salt that you buy instead of simply tapping your computer to buy rock salt online in India. You will be genuinely surprised with what you end up with on your plate.

5,345 thoughts on “How to use different kinds of salts available in the market”